I had one of those experiences today.   You know where you’re just so frustrated that you just can’t stop what you’re doing and think things through.

The busses this week shifted to a Saturday schedule, ’cause apparently not many people work this week.  Alas, I am working, so I had to find my way in.

First, the bus I usually catch never arrived, so I walked down to another stop where I knew I could catch a different bus that would take me downtown.  I saw that bus go by while I was still too far away to run for it.

I then thought I’d try for another bus that runs more frequently, about a km away.  I missed that bus while trying to find the stop.  At that point, the driving rain stopped, so I could pull out my phone and look up the schedule… 25 minutes till the next bus, and a 35 minute walk from work, I just decided to hike it in.

Here’s where the stubbornnes kicked in.

The road took me through a bunch of fields, zigzaging through them, which would just add time to my already miserable commute, so I decided to cut across in a straight line.

Halfway through, I realised what an idiot I was, and all I could think to do was take a picture to show the world.  Here they are, facing forward and backwards: 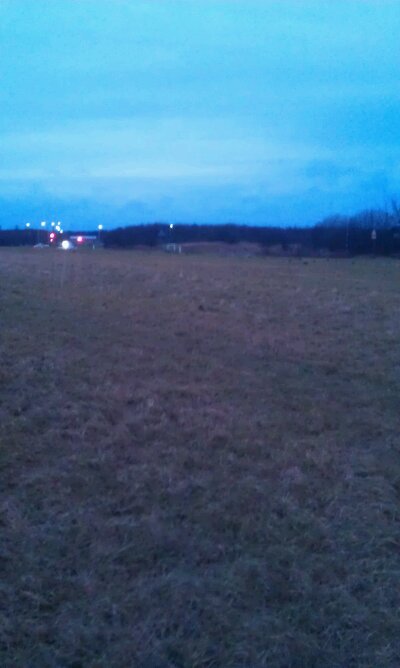 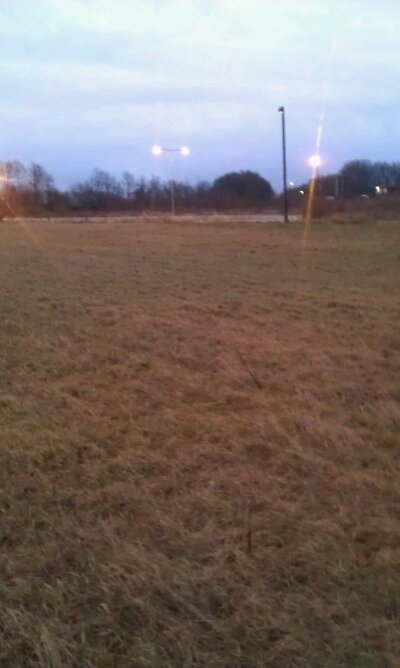 Yep.  A walk I can normally do in 40 minutes took nearly an hour and 15.  I should have just given up and walked in directly.